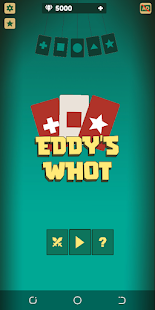 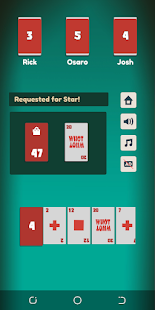 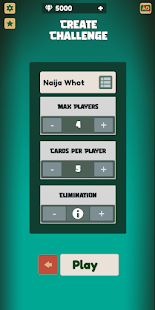 Eddy’s WHOT is a dynamic and flexible approach to the popular WHOT card game, it features several versions of the game and also gives players access to creating their own versions or set of rules for their games.

The WHOT CARD popularly represented by the number 20 can match with any other card but you must request for a card of your choosing when placed on the deck.

There are several rules for playing WHOT and also special actions for several cards, Eddy’s WHOT gives you the ability to create your rules and also create games with this rules for your friends to play with you.

Download, Enjoy and give a feedback and rating.
cheers!.
Bug Fixes