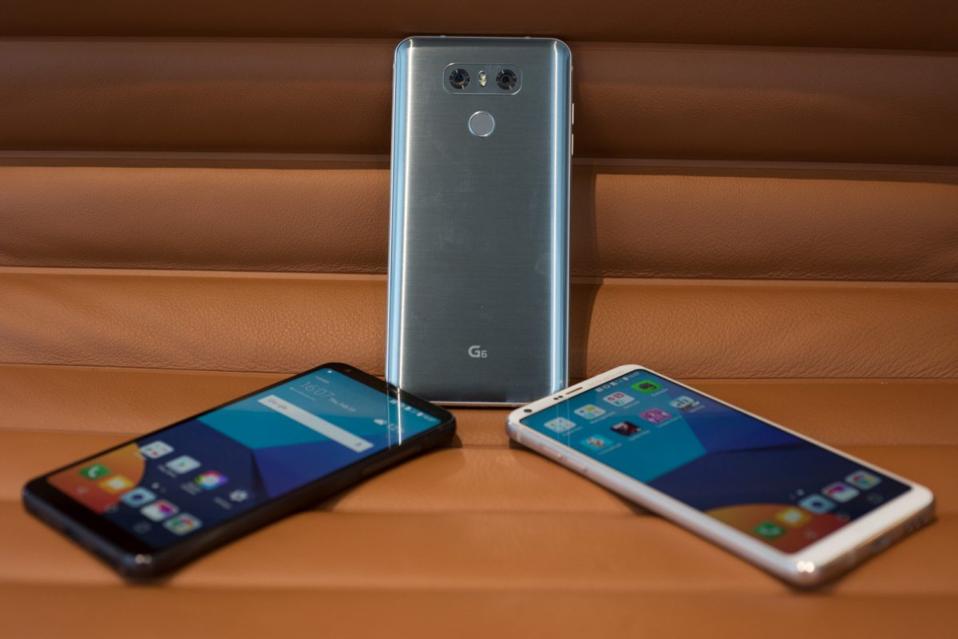 Many months of leaks have mostly proved to be accurate. The LG G6 is a considerable change from the G5. Gone now is the modularity that made last year’s flagship both fascinating and also the center of some not inconsiderable quality control issues. The G6 might lose some of that innovation, but LG has really focused on what’s important this year.The LG G6 is a much more conservative design than its predecessor, taking the form of a sealed unit that drops the removable battery, replacing it with a larger-capacity power pack and waterproof shell.

First of all the G6 is a beautiful phone. Its 18:9 ratio means that it’s tall and thin. It fits nicely in your hand and feels more solid than last year’s G5. The screen has a cut which matches the frame and gives it a really premium feel. 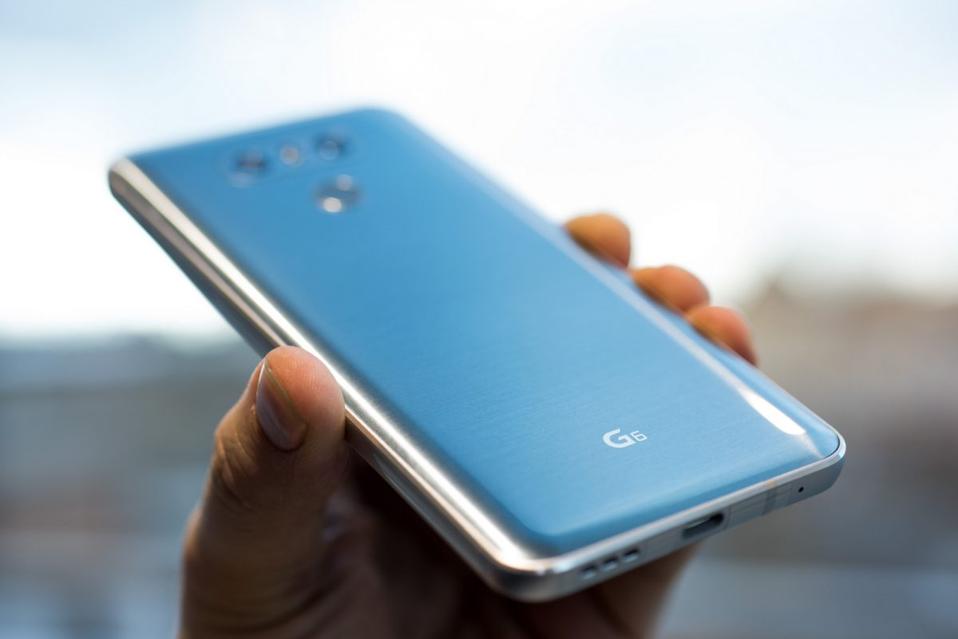 The phone has a metal subframe and both the front and the back are finished with Gorilla Glass. There will be an anti-fingerprint coating applied to the final production units, but these early samples don’t have it.What’s most impressive is how little bezel there is on this phone – we’re expecting the same kind of design from Samsung, but the narrow bezels have been shrunken top and bottom to create an impressive effect when you turn the phone on. 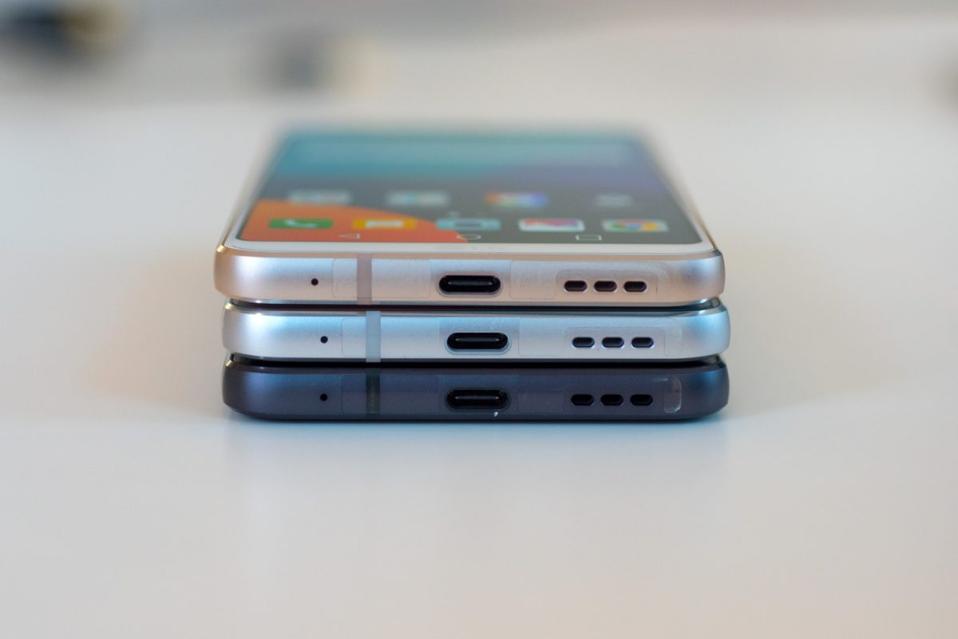 The rear of the phone is smooth, with no protruding camera bump – we’ll get onto the snapper in a moment, but LG told us it chose slimmer sensors rather than more advanced camera tech to make the design of the phone sleeker.

The LG G6 camera is upgraded in a way, but also remains very similar to last year’s in others. The same normal and wide-angle camera lenses are back, but they’re now both 13MP. 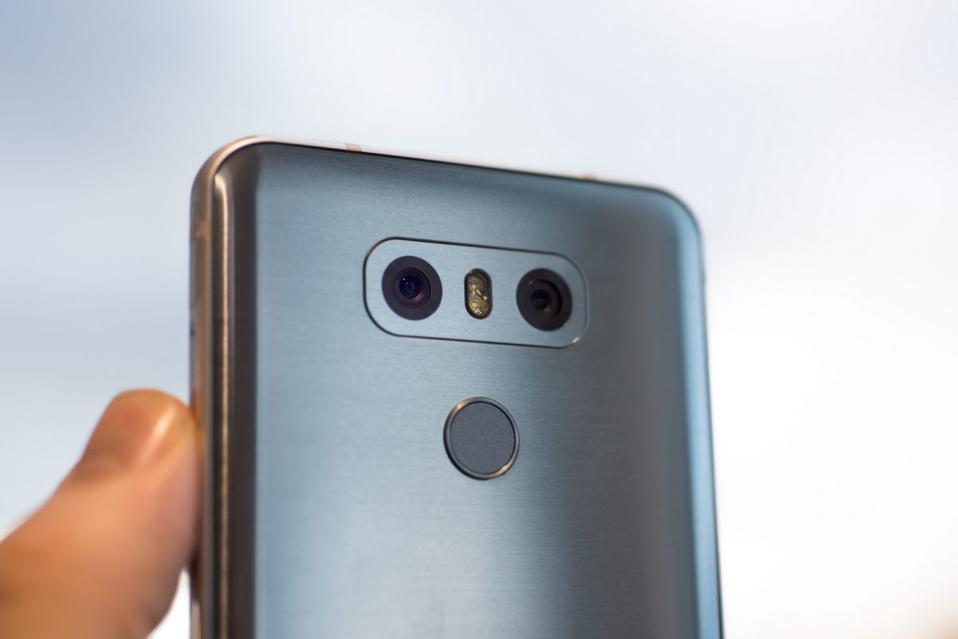 The reason for making them the same resolution is apparently to stop the judder when zooming in – when jumping from wide angle to the closer sensor there was previously a judder that saw the image quality change, and LG says it worked with Qualcomm to bring features from the Snapdragon 835 to the new phone. 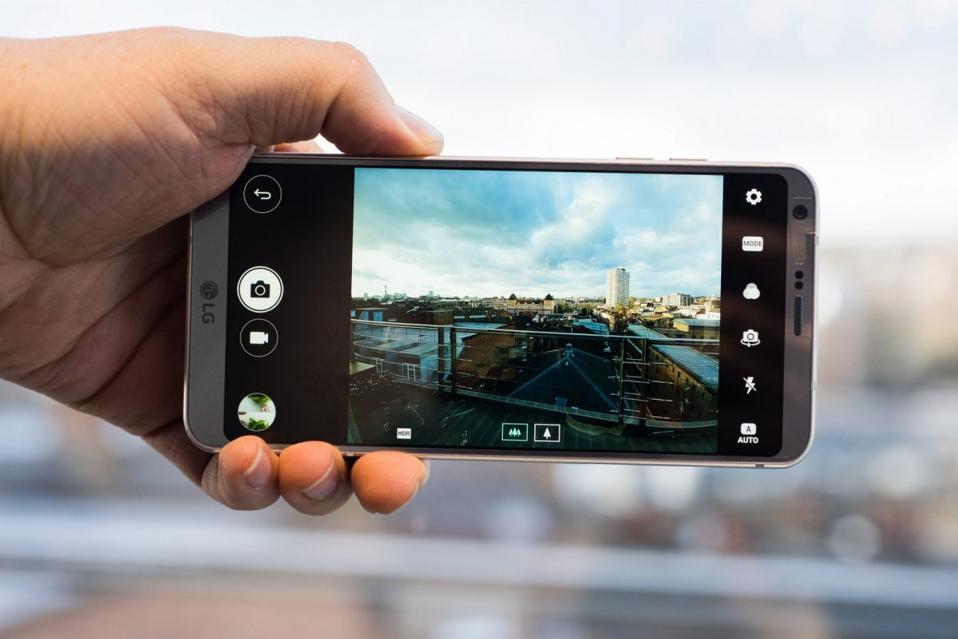 The main image sensor packs optical image stabilisation, and appears to have a warmer image quality about it, with a faster f/1.8 aperture. The other wide-angle sensor is f/2.4 and lacks the same stabiliser, so images can come out less sharp.The wide angle lens can capture images at a 125 degree angle. That’s really very wide indeed, wider than my Nikkor lens at 14mm on a full-frame sensor. Great for capturing landscapes, buildings or large groups of people. Both the rear cameras on the G6 are 13-megapixels, while the front camera is 5-megapixels – it’s wide too, at 100 degrees, to get lots of your friends in selfies I guess. The more “normal” camera on the rear of the G6 has a 71-degree angle and you can move between the two cameras seamlessly – as you can with the iPhone 7 Plus.

Video is incredible too, with the ability to shoot 4K at up to 60fps. That’s really quite impressive, considering a lot of pro camera gear doesn’t offer 4K at anything more than 30fps. Of course I’m not saying this will be as good as a dedicated camera, but it’s a really great feature to have on a phone.

Things get really interesting with the 5.7-inch “Full Vision” display. For one thing, this is 2880×1440 pixel screen, which is very nearly the same resolution of my 34-inch 21:9 desktop monitor. The ratio of screen to body is, LG tells me, over 80%. 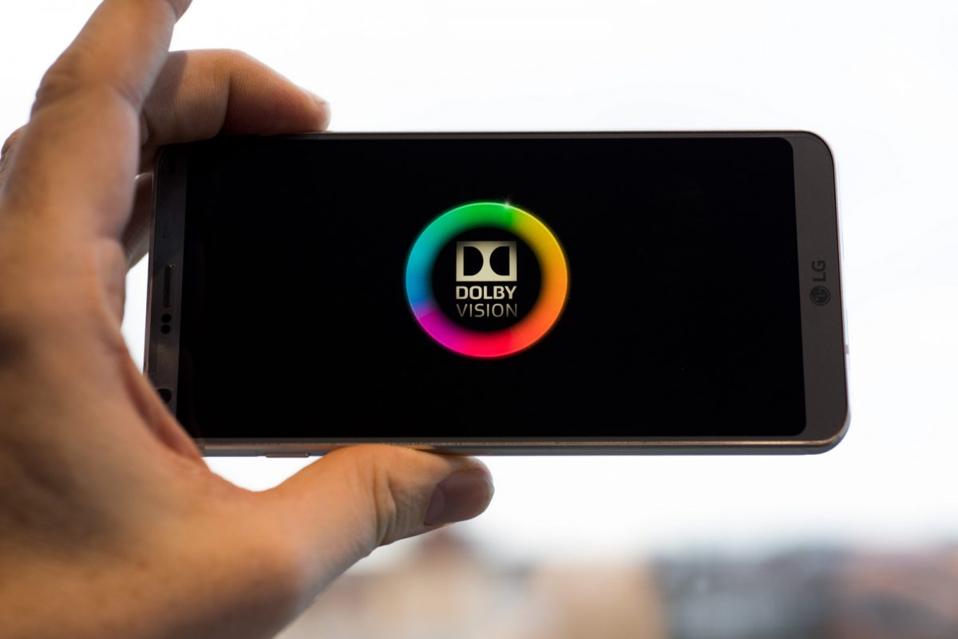 But there’s a lot more going on here because LG has used its connections in TVs to get the G6 full Dolby Vision certification. This means that the G6 can show you video with High Dynamic Range. Essentially, this means that video can contain a lot more detail and look a great deal more natural. You might remember that Samsung had included HDR support with the now-recalled Note 7.

What’s different about the G6 is that it supports Dolby’s HDR standard, Dolby Vision. This isn’t necessarily better than HDR10 (which the phone also supports) but it does mean that this handset can play any type of HDR content – a nifty trick. Amazon and Netflix both HDR content ready, but both will need to roll out app-updates to allow the phone to play their high dynamic range content.

LG was keen to stress that it’s not expecting any exploding phones with the G6. But the battery in the G6 is no longer removable as it had been on all recent LG flagship phones. The battery in the G6 is 3300mAh though, a solid boost from the 2500mAh cell in the G5. As you’d expect it supports Qualcomm Fast Charge 3.0, and you can get around a 50% charge in 30 minutes or so. As you’d expect, the G6 uses a USB-C connector to get its juice and transfer data.

What’s really interesting here too is that LG is allowing deep customisation of games and apps that run on the GPU. The idea here is to allow users to drop the framerate or resolution – or even both – to extend battery life.

The logic here is that a game like Pokemon GO doesn’t really need 30fps or 2880×1440 resolution, and by reducing these settings you can massively improve on the battery life. A lot of testing needs to happen to back this up – I’ll look into it when I get a review sample – but it’s a smart idea at least.

The new Fullvision 18:9 display has given LG a few more pixels to work with, and now the display is essentially two squares stacked on top of one another.
LG has embraced this idea and made the ‘double square’ a feature of the user interface throughout.

This means, for example, that in the contacts menu the contact image is larger, more settings are visible and you’ll be able to see more Facebook on the screen without the need for scrolling through.

You can also rotate the phone and either have two apps running in multi-window or, for certain apps, have two different functions on the screen at once.

This latter trick is currently limited to the email and calendar though, and isn’t really that new – plenty of phones have been able to do this for years, but just with a more squished preview window to see your messages and upcoming meetings.

The LG G6 is a phone that takes things back to basics, and does so well. The sleek metal and glass fusion is attractive, and to anyone using the iPhone 7 Plus, the ratio of screen to body will be staggering.

The larger display has been well used for the native apps, but massive worries remain over third-party apps. While LG has assured us that things will stretch nicely this isn’t certain, and if your favorite titles have ugly black bars left and right that’s going to be bad press for the phone.

How to Disable WhatsApp Status feature on Any Android Phone