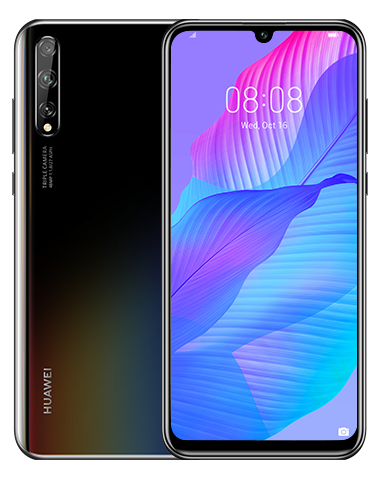 Huawei Y8p is officially announced in May 2020.

The smartphone consists of 4 GB RAM and 64 GB and 128 GB internal storage. The sound section includes Loudspeaker and 3.5mm jack along with 4.2 Bluetooth.

The sensors include Fingerprint (under display, optical), accelerometer, proximity, and compass. The smartphone is fueled by a Non-removable Li-Po 4000 mAh battery + Charging 10W. The device is powered by Kirin 710F octa-core and GPU is Mali-G51 MP4.

The phone runs on Android 10 + EMUI 10.1 while it is worth noting there is no Google Play Services. The Huawei Y8p comes in different colours like Breathing Crystal and Midnight Black.