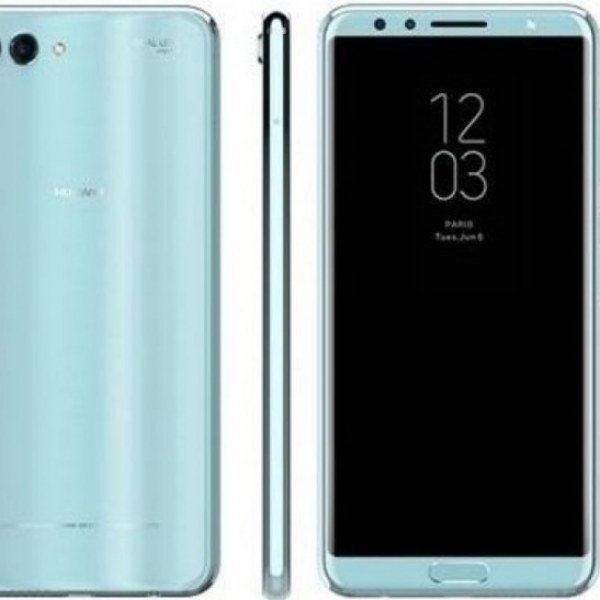 Huawei Nova 2S has 6″diaplay and has a resolution of 1080 by 2160 pixels. Interestingly, unlike the vast majority of bezel-busting devices with tall displays, the Nova 2s does have a physical home button at the front, similar to the Mate 10. It’s a rather narrow button, but nevertheless, it’s up there at the front catering to everyone that’s not yet ready to fully embrace software navigation buttons. The fingerprint scanner is embedded in the button, so no rear-positioned sensors of the type.
Under the metal body of the phone is an octa-core Kirin 960 chipset which might not be a high-end endeavor like the Kirin 970, but will still  do the job just fine. There will be 4 and 6 GB versions of the device, but the really great aspect of it all is that 128GB of native storage and a microSD card slot are the standard on all versions.
Just like it’s trendy these days, the Huawei Nova 2s comes with a dual-camera system comprising of an f/1.8, 16 and 20MP snapper, the 16MP camera is a regular RGB one whereas the 20MP one is a monochrome camera for improved low-light performance. Up front, you will find two cameras as well – an f/2.0, 20MP one and curiously a 2MP sidekick.  A fast-chargeable 3,340mAh battery keeps the lights on, while Android 8.0 Oreo with EMUI 8.0 runs the show.