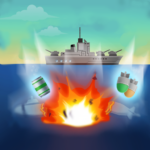 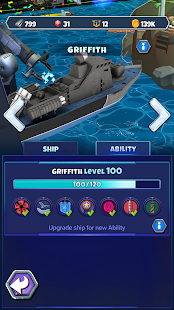 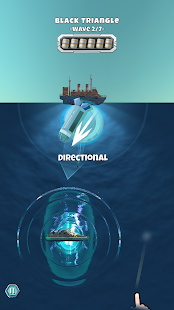 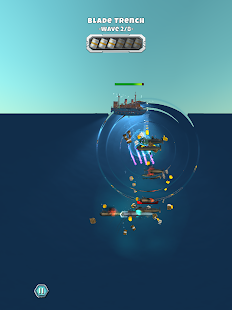 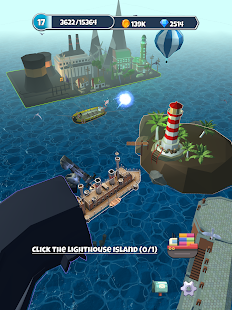 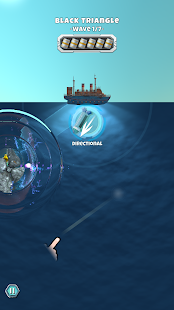 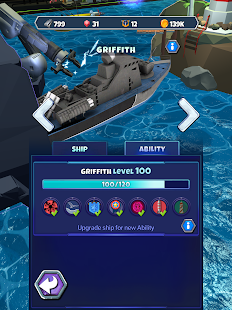 This is a casual naval submarine battle game playable by a single finger, but of course you can regard it as a more serious game.

It is very easy to play, but hard to master.

The gameplay is simple, you have nothing to pay attention to before playing.
There are no complicated activities in this game, but it usually takes some time to master all the skills and strategies.
You can use 2 weapons in the combat: Bomb, Torpedo.
Bombs will drop down, and is very powerful.
Torpedoes has 2 mode: trace or directional.
Trace torpedo will automatically find targets and attack them.
Directional torpedo go straight and is good to focus fire on certain target.

In the early game, you will learn all basic game skills.

After that, you can improve your warships in 3 main phases: upgrade ship, unlock ship abilities, and learn talents.
You can also gain temporary combat ability enhancements during combats, which are often very powerful.
Some talents can expand the choice of combat abilities, giving you the opportunity to gain better combat abilities.

For some players, the late game levels may be much more difficult than it looks.
To pass the most difficult challenges, you should pay more attention to improve your playing strategy, rather than just upgrading your ships.

The game provides some idle features, to offer you more game resources while you are not playing.

Hope this submarine combat game can bring you some joy!
Enjoy the core gameplay!