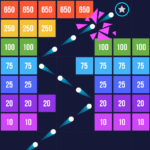 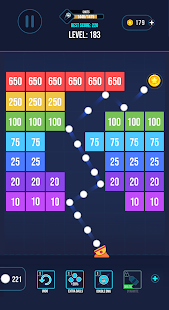 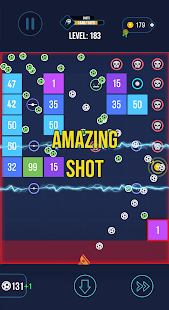 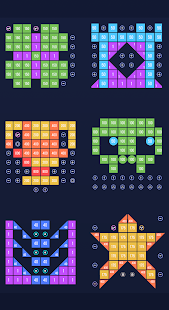 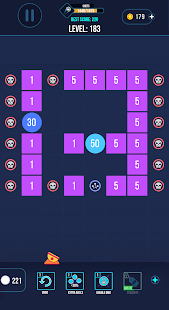 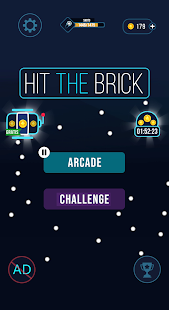 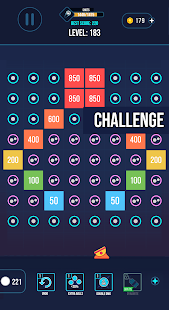 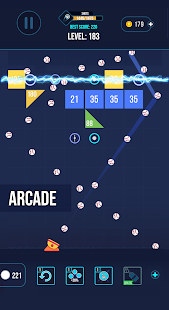 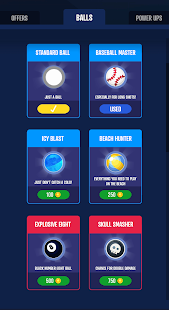 Bricks n Balls – an addictive and challenging brick breaker game (old bbtan2). The goal is to achieve the highest score possible by breaking as many bricks as possible in one shot.

About the Bricks n Balls:
This brick breaker is an arcade game where you aim balls, so when they bounce they destroy bricks. The goal is to break as many bricks as possible so as they go down they don’t overwhelm you.

How to play Bricks n Balls?
* Touch the screen and swipe towards the top
* If you want to stop aiming, swipe with your finger below the level you first touched the screen
* If you want to make sure that the line will not move when you release the balls, hold the finger for 4 seconds to freeze the line
* When the aim line is in the place you want, release the finger
* A load of balls will be released – you need to hit the bricks and bounce them off
* The number on the brick means how many times a ball has to hit it to destroy the brick.
* After all the balls feel down, the game is starting the next round. That means you have another load of balls to use and the Bricks n Balls game is generating a new line of bricks to break

Bricks n Balls game 4 kinds of additional items:
– The ball (always) – When you hit it, you will receive an additional ball next round in the brick breaker game
– Power Ups ( sometimes) – Each Power Up in Bricks n Balls has a different ability which will help you break the bricks. Use them wisely because, if even a single ball will touch the Power Up, the Power Up is considered as used and it will disappear in the next round.
– Skull (sometimes) – A “power up” that will eat your balls. It can get you in trouble.
– Stars (sometimes) – hit the brick game currency.

Stars
Stars in our bricks and balls are the internal currency. Use them to:
* Undo last shot
* Get additional life & more balls
* Create a checkpoint

How to get Stars in Bricks n Balls?
* Gather stars as they spawn during the Bricks n Balls game
* Watch an ad every 20 minutes to get 20 stars
* Buy them

Checkpoints
In this bricks ball crusher game you are awarded a checkpoint when you break all bricks on the screen.You can use a checkpoint after you lose, to continue the Bricks n Balls game from that level.

When you lose Bricks n Balls?
The brick breaker game is lost when bricks touch the bottom. However, you have two additional chances to continue. For the first chance, you have to watch an ad and for the second chance you have to pay with the stars.

When your “lives” are gone, Bricks n Balls allows you to start from the checkpoint instead from the beginning. If you didn’t manage to get one, you can buy one paying with the stars.